This has been a catastrophic week for Wine Country. We in Napa, Sonoma, and Mendocino counties have been devastated by wild fires that began last Sunday. I can report my family and home are safe, but we have all been affected. I personally know a dozen people who have lost their homes or businesses. The numbers so far for California’s most destructive wild fires in history are staggering:

The generosity of everyone, however, is astounding. We are all pitching in to help with time, money, and hugs. If you would like to help, here is a roundup of some top organizations from our friends at Vivino.com

I have been supporting two hyper-local groups that are hands-on and filling immediate needs such as food, breathing masks, tents, and toiletries.

The first, #SandwichAngels, was started by my colleague, Meredith Miller Elliott. She wanted to make sandwiches to feed the first responders and firefighters. We kicked off in her home with a handful of volunteers and she is now serving more than 1,000 meals a day! Please support her efforts via YouCaring.com

Also, leading wine ladies Kimberly Charles, Beck Hopkins, Tia Butts, and Katie Calhoun started a GoFundMe campaign early last week with a modest goal to help the Petaluma evacuee shelter with cots, a generator, food and clothing. Their efforts have raised more than $50,000 with deliveries to both Napa and Sonoma of much-needed supplies. Still hard at work, please support their efforts

For those in the San Francisco Bay Area, I will be co-hosting a large-scale charity event called ChefsGiving with KCBS radio and TV personality, Liam Mayclem, at the Ferry Plaza on Nov. 19th.  We will keep you updated on how to buy tickets, and if you’re not in the area, how you can support our efforts to rebuild wine country. 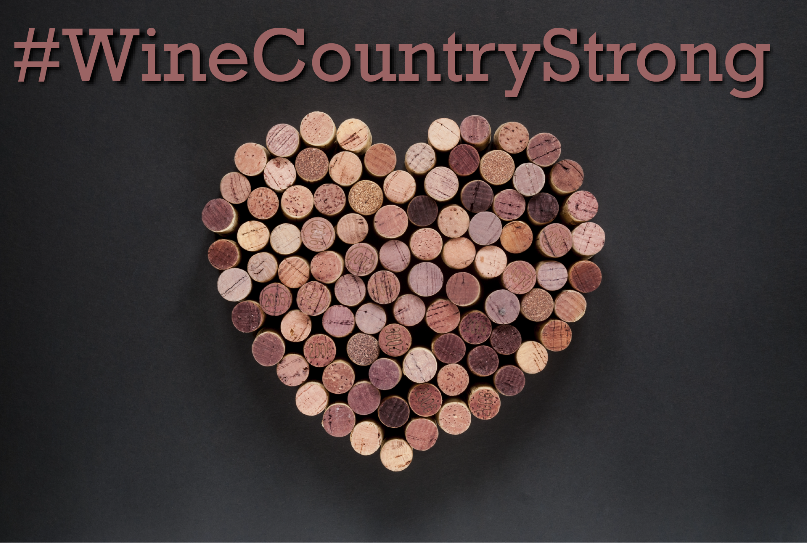